Tasel knew about Minecraft and even dabbled with it back at the start with Java version  0.3, but didn’t actually start playing until his daughter got interested in it on her iPad back at the end of 2015.  Fast forward a bit and he started to join Realms and found the community of like minded players here on the 77th Combine.

Starting in Season 2 he was inspired by the HermitCraft YouTubers to begin creating weekly videos of the Realm for other to enjoy and to document this realm as it grows.  Since then he has expanded his youtube channel and website into taselverse.com and produces not just Minecraft videos and livestreams, but also videos on Disney, Food, and Technology.

He even has a few other Minecraft series running over the years.  A generational single life build world, a family realm, and even informational videos.  He’s also the main host of the 77th Combine Cocktail Hour.

Most of his seasons involve trying to build much too large and impossible to finish builds for a casual player like himself.  But he never stops trying.  From giant castles (yes been a couple), to huge ocean builds, to Disney hotels… there’s always another build on a spreadsheet somewhere for him to build. 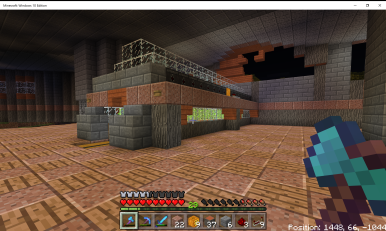 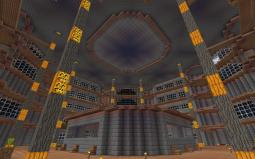