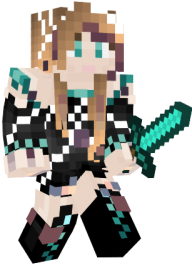 Commonly called Spider, she actually really a Ninja. Fighter of the evil spider webs. You can still see a traces of cob webs on her skin to this day.

Like many others on the realm, Spider is a mother who was introduced to the game by her kids.  After trying a few different realms she soon realized the value in being on a stable world with other adult, and joined the 77th Combine in October of 2016.  Spider enjoys helping out the community, often building public features, such as tree farms, season displays and fishing piers.

Her most memorable builds include the Alamo on season 2 and the Ice Castle and ruins base on season 3.  Spider is also one of the realm’s regular YouTube streamers, you can find her live a few times a week on her YouTube Channel. 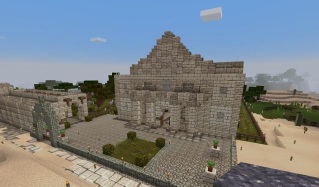 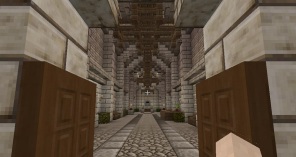